Your search for an effective solution in order to host projects, end now. Our Spain VPS Server Hosting stands second to none in providing effective security and performance in comparison to the competitors.

We are the number one Spain Server Hosting Company. We have earned a high reputation in offering different varieties of server solution in Spain such as cloud server hosting, cheap dedicated server hosting, web server hosting, VPS hosting plans at the reduced cut off from the pocket. We have a wide assortment of options for different online business marketers who are looking for options to ensure that the websites of their businesses are placed in the prominent pages of different search engines in Spain.

We are here to offer Cheap VPS Server Hosting in Spain that features improved connectivity to the server, speed, and bandwidth. Our Spain VPS hosting server will confer accomplished access to the control panels which are supplied for taking care of different accounts in addition to root access facility. 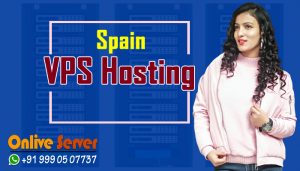 For those who have ecommerce business in the country of Spain and procuring high volume traffic, it is a prerequisite that the hosting of the website should be accomplished on the capable server which has the ability of handling number traffics without slowdown of websites or bounces. You are sure to get the best VPS Hosting Spain at the Cheap VPS Server Hosting Price in Spain. Our VPS hosting is able to handle the heaviest traffic.

We have become the number one choice of clients as Spain VPS Server Hosting Provider. We ensure to offer fill security, ease of usage 24*7.  You will find a considerable improvement in the performance of your business in no time with our VPS server hosting. Thus, we help in enhancing the bottom line of your business. Contact us today for Spain VPS Server Hosting Price.